Defenders of Wildlife has successfully challenged the federal government’s decision not to list the Florida black bear as a threatened species. 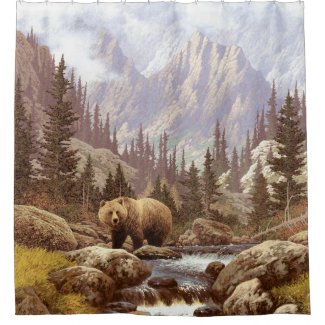 A U.S. District Court that last week ordered the U.S. Fish and Wildlife Service to reconsider its refusal to list the Florida black bear under the Endangered Species Act (ESA) marked a significant victory for the bear, Defenders of Wildlife said today. The decision came as the result of a lawsuit brought by Defenders of Wildlife, The Fund for Animals, Sierra Club and several individuals that challenged a 1998 decision by the Service that the Florida black bear did not qualify for listing as a threatened species under the ESA.

“The court found that the Service failed to adequately justify its decision not to list the Florida black bear under the ESA and in particular, that the agency had failed to establish that the bear was adequately protected by other federal and state laws. As a result, the Service will now have to reconsider its prior decision, as well as any new scientific information, and render a new listing determination.” said Michael Senatore, litigation director for Defenders of Wildlife.

“The court said the Service could not show that state and federal programs are adequately protecting the Florida bear. Without rules that help black bears and their habitat, we will continue to wipe out the woods and roll the asphalt over areas where bear tracks should appear,” said Laurie Macdonald, Defenders’ director of Florida programs. “Treat neighborhoods and nature well, and we’ll find both people and wildlife can exist in this state to everyone’s benefit.”

“The U.S. Fish and Wildlife Service cannot leave the imperiled Florida black bear in limbo while trophy hunters are chomping at the bit to set their sights on this rare species. Anything less than a threatened listing would be playing Russian roulette with the Florida black bear population,” said Michael Markarian, executive vice president of The Fund for Animals.

In 1990, co-plaintiff Inga Hutchinson petitioned the Service to list the black bear under the ESA. In response to the petition, the Service conducted a status review of the bear and in 1992 concluded that the bear qualified as a threatened species because of habitat destruction, hunting, poaching and other human induced mortality. By 1997, however, the Service had still failed to place the bear on the ESA list.

In 1997, the Fund for Animals, Defenders of Wildlife and others reached a settlement agreement with the Service whereby the Service agreed to render a final listing decision by December 31, 1998. On December 8, 1998, the Service issued its decision that the bear did not qualify for listing. That decision was subsequently challenged by plaintiffs.

The groups were represented in this case by Jon Lovvorn and Eric Glitzenstein of the law firm Meyer & Glitzenstein, a Washington, D.C. firm that specializes in wildlife law.