bison roam freely on the range

A century after the American Bison Society, organized in 1905 when only a few hundred buffalo remained, began working to save the species from extinction, bison are an environmental success story. Numbers are up to about 400,000 across North America, mostly on private ranches. 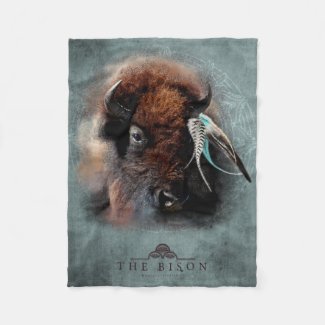 Now, a new generation of advocates wants to restore the prairie habitat that bison once dominated. Some, including Plains Indians, whose tribes were almost wiped out along with the bison, also hope to restore a way of life the animal represented.

“We have to restore the buffalo if we are going to survive as a culture,” says Fred DuBray, executive director of the InterTribal Bison Cooperative, which he helped start in 1990 with five member tribes. Now 53 tribes in 18 states manage 15,000 head of bison.

DuBray’s tribe, the Cheyenne River Sioux of north central South Dakota, occupies a 2.82-million-acre reservation. In the late 1990s, the tribal council bought a 21,500-acre cattle ranch called the VE, which DuBray persuaded the council to turn over to bison. He argued that bison would provide the reservation, where Type 2 diabetes is rife, with low-fat, low-cholesterol protein.

DuBray is even more interested in establishing a vast prairie park of native plants and animals. Many scientists agree with DuBray that prairies and bison are linked. However, replicating historical conditions is hard because most native prairie is long gone.

Remarkably, when the Cheyenne River Sioux bought the VE Ranch, it boasted an abundance of hardy native plants — western wheatgrass, needle and thread, sagewort — and few of the exotic plants such as leafy spurge that plague Plains ranches. The tribe took down internal fences, let the land rest for three years and in 2002 released more than 2,000 bison onto its gently rolling hills.

Bison are furthering the VE Ranch’s restoration. The animals rub their horns against saplings, stunting tree growth. They avoid broad-leafed plants, or forbs, which then thrive in grazed areas. Pronghorn antelopes eat the forbs that bison leave behind. And bison wallows can hold rainwater for other wildlife.

Joanna Murray, a wildlife biologist, cautions not to think of bison as cattle. “Bison just roam freely,” she says. They spend less time grazing than cattle do and, she adds, “they’re rarely in one spot two days in a row.”

In their quest to restore prairie habitat, the Cheyenne River Sioux are maintaining colonies of black-tailed prairie dogs, which cattle ranchers regard as a menace. But more than 150 grassland species depend on prairie dog “towns.” The burrowing owl makes its home in abandoned burrows. Rattlesnakes, swift fox, eagles and hawks prey on prairie dogs, as do black-footed ferrets, the plains’ most endangered species.

Though the prairie is coming back on the VE Ranch, this venture remains a risky one. Prices for bison and bison meat have been unsteady. The park won’t earn much revenue from tourist admissions until a visitors’ center is built, which will take years. And not everyone is pleased.

“On our reservation, it’s not Democrats or Republicans, but traditionalists and progressives,” DuBray told Smithsonian magazine for the February issue.

Progressives, he says, loathe prairie dogs, believe livestock should be fenced, prefer cattle to bison, and are skeptical of establishing a tribal park to display prairie restoration.

Traditionalists, on the other hand, feel the exact opposite. DuBray says traditionalists are looking to the past for the shape of things to come.