Causes of kidney disease in dogs and cats

Bacteria anywhere in the body is eventually expelled from the body from either the bowels, the mouth, or through the kidneys.  So, the kidneys are exposed to a lot of bacteria, and the kidney tubules are very delicate,small, and susceptible… and the result of an infection is inflammation and scarring rendering the tubules useless.  At least with bacterial infections we have a chance to cure with antibiotics. 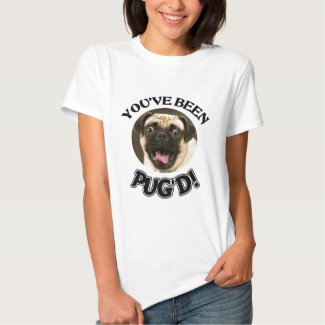 Antifreeze is the most common toxin we associate with kidney disease in veterinary medicine, but there are those that argue that cleaning chemicals and pesticides and lawn fertilizer all end up on paws that then get licked and ingested; all of which ends up harming … to some degree … the liver and/or kidney.  There are those who suspect food preservatives and dyes and artificial coloring agents and so forth as possible culprits.  Maybe they’re right.

Perhaps the most common source of damaging toxins to the kidneys, though, comes from our own bodies:  Everytime our immune system does battle with germs and pollens and whenever we have poor digestion or become dehydrated or our cells become poorly oxygenated, there are aldehydes, ketones, lactic acid, oxidative free radicals, and the waste products of inflammation produced that have to be eliminated.  All of these are potentially damaging to the kidneys.  All that old advice about keeping active, keeping fit, and drinking lots of fluids really is critical to good health.

Cancer of the actual kidneys is pretty rare.  But on the other hand, cancer elsewhere in the body is common in older cats and dogs and anything like cancer that affects the immune system and circulatory system is likely to adversely affect the kidneys too.

The professors tell us that the most common cause of kidney failure is that the kidney tubules fill up with amyloid, which is a type of scar tissue rendering the kidney non-functional.  And the reason the tubules fill up with amyloid is because the body’s immune system doesn’t recognize the kidney tissue as healthy and vibrant but rather as damaged.  So just like a flesh wound, the immune system starts up the biological machinery to “repair” the damaged tissue by filling it up with scar tissue.  You only need about 25% of you kidney to be healthy for normal function … which is why you can safely donate a kidney to your sister if need be … but at some point the kidney doesn’t have enough functional tubules left to keep up with all the waste products and urea that need to be eliminated, so they build up to toxic levels in the blood stream making the patient very sick, weak, and nauseated.

Of course, the amyloid-auto immune attack on the kidney is probably triggered because of cell damage caused by the other stuff on this list: toxins, poor circulation, infections, and so forth.

This is another big factor in kidney health.  Like the brain, the kidneys are very sensitive to changes in blood pressure, blood flow, and oxygen saturation.  That’s why heart disease and kidney disease so often go together.  Any disease that affects circulation or the red blood cells such as diabetes, spleen cancers, bone marrow diseases, vascular diseases, and anemias all can be brutal to the kidneys.  Patients often die of kidney disease before they succumb to the underlying disease.   Note: one of the extra duties of the kidneys is producing a hormone or chemical called erythropoietin that’s needed to stimulate the bone marrow into producing more red blood cells.  So you can see; it can become a vicious cycle: the diseased kidney doesn’t do it’s job of producing the hormone needed to start up red blood cell production … which leads to anemia … which makes the kidney even sicker.

This is a non-scientific category: just getting old.  The kidney is a type of filter and chemical pump and just like any such mechanical device can wear out, get clogged up with crud, and rust.  Cells oxidize and deteriorate.  Tissues become unable to survive all the assults of toxins, chemicals, and waste products like they could when they were younger. Maybe it’s in the genetic code; tissues stop regenerating well after a certain life span.

We don’t really know why kidney stones form in some patients and not in others, but we do know that diet is a factor.  Regardless, sometimes kidney disease is caused by the mechanical  irritation and inflammation caused by having stones rolling around in the kidney.  But the big problem is more likely caused by the build up in pressure whenever there’s an obstruction anywhere down stream of the kidneys preventing the out flow of urine.  This can be caused by stones clogging up the cortex of the kidneys, the ureters (tubes carrying urine from the kidneys to the bladder) or infection, inflammation, or stones in the bladder or urethra.