Diagnosis and treatment of renal failure in dogs and cats

Symptoms range from NONE to almost dead.  The classic signs that make us very suspcious of kidney disease, though, are:  excessive drinking and urination, weight loss, muscle loss, lack of appetite, loss of mental acuity, and very dilute or water like urine.

As routine blood testing of senior pets becomes more common, we’re often able to detect the early and mid stages of kidney disease before any overt symptoms appear.  The most typical case report from the owner is that their older pet isn’t eating much and just isn’t feeling well. 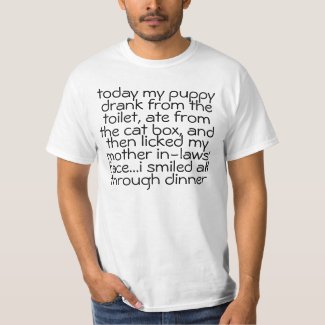 If your pet has kidney disease advanced enough to have symptoms, here’s a list of things you and your vet should be looking for:

General poor vitality is a subjective finding based on gum color, brightness to the eyes, poor hair coat and grooming, mouth odor, and posture.

Weight and muscle loss.  Especially loss of cheek muscles making the cheek bones prominent and loss of muscle mass along the spine.  This is because kidney disease involves the loss of protein through the urine.

Signs of disorientation and nervous twitches of the facial muscles.

Signs of anemia and a weak femoral pulse.

Dehydration is common too.

As toxins build up in the blood, your pet will feel excessive thurst andmay begin drinking water excessively to compensate.

Also look for additional problems; one sick organ system often affects another.  It’s common for kidney patients to also have circulation problems, heart problems, and liver and gastro intestinal disease all at the same time.

How renal failure is diagnosed in dogs and cats

The classic blood tests for kidney disease are high BUN, high Creatinine, the ratio between these two, low blood albumin in chronic cases, and high phosphorous counts.  High urine albumin, and dilute urine specific gravity are classic urinary findings for kidney disease.  All of these tests are fairly inexpensive and routine and are usually done as a diagnostic panel for sick patients.

Radiographs tell us several important pieces of information:  Are the kidneys normal in size, shape, consistancy, and are there stones or tumors present?  By consistancy, I’m referring mostly to cysts: one form of kidney disease called cystic nephritis shows up well on x-rays.

If your veterinarian has MRI, CAT Scan, or Ultra Sound available, they can be used to make a diagnosis that might otherwise be missed.

If a mass is found, a biopsy will determine what kind of mass it is: kidney stones, cyst, or cancer.

A lot of kidney disease patients come into the clinic because they’ve been sick and not eating for several days or more.  They are so sick that they need IV Fluids, injectable medications for nausea, oxygen therapy, and supportive care.

Antibiotics may or may not be used depending on whether or not  infection is suspected.  Even if there is no evidence of infection, a lot of vets will still recommend antibiotics as a preventive measure.  Damaged tissue is very prone to infection and sick and weak patients are prone to secondary pneumonia and other infections.

Steroids are a controversial treatment because of the potential for negative side effects, but are frequently used by many vets for their benefits such as reduced inflammation, control over auto-immune disease, they increase water intake and flushing, and are an appetite stimulant.

There are now 4 or 5 diets especially made for cats and dogs with kidney disease that often make a HUGE positive difference.  Science Diet K-D was the original such prescription diet and works well.  But now there are also several other choices that work well.

Diet is a huge factor in renal disease. Animals with kidney problems can often benefit from supplementation of anti-oxidants and omega fatty acids.

Durlactin is a wonderful combination of omega fatty acids and anti-inflammatory agents that is very safe and seems to help a lot of sick cats feel better.  it’s official use is for arthritis pain and inflammation.

Also helpful, but lacking the omega fatty acids that aid in micro blood circulation to the kidney.

This formula of naturally-occurring beneficial bacteria metabolize and flush out uremic toxins that have diffused into the bowel. This slows down uremic toxin buildup in the blood and helps prevent further kidney damage. This product is for both dogs and cats. Can be used in conjunction with Epakitin.

This is the first phosphate binder that cats will eat willingly, and most dogs, too.  If your pet doesn’t like it, you can mix it with a small amount of water and administer it by shooting small amounts into the mouth with a needleless large guage syringe. Getting rid of the build up of phosphates in the blood associated with kidney disease is very helpful, but previous medications were very bitter pills.  Epakitin is made from ground up crabs and is quite palatable to most cats.

Epakitin lowers urea concentrations, but its strength lies in its ability to reduce serum phosphorous levels.

These are sold as neutroceuticals, which means there aren’t scientific studies to back up their claims. Such products still may very well help prevent or slow down cell death associated with free radical damage prominent in kidney disease.

Any medication used to treat secondary symptoms such as medications used to stimulate appetite, aid in digestion, or suppress nausea.

Not generally available for pets, and  expensive. In early kidney failure, your pet might benefit from a day or two on intravenous saline IVs to flush the kidneys and give them a rest. Sometimes this will stimulate the kidneys to begin working again on their own, and prevent further immediate damage if a careful diet is followed.

Some vets will prescribe saline drips for home use in end stage cases, which can be injected under the skin by the laymen, rather than in a vein as done in the vet’s office,  and is a less costly option than dialysis. However, be aware that this is a very painful experience for your pet. While it might prolong their life for another month or so, your pet’s quality of life will be very poor.

Not all general practices are set up for aggressive work ups and treatment of terminal patients.  Consider referral.

I mention this to prepare you.  Sadly, a large majority of patients in the later stages of kidney disease are so miserable that compassionate euthanasia is often the kindest option for your pet. If allowed to die naturally, their last days will be very painful and horrible to endure.

At the very end, the nervous system will begin to shut down and they may slip into a coma during the last hours, but the preceding days before that happens will be painful due to high toxin levels in the blood causing severe nausea, severe dehydration, inability to swallow, and loss of weight and muscle mass preventing the ability to stand or move.

Severe dehydration causes the tongue to crack and can cause convulsions and severe muscle cramping throughout the body in the final hours. While euthanasia is a hard decision for you to make, it may be the best choice for your pet when other treatment choices have run their course.