“Look, it’s a monkey!” the father says to his son, pointing at the caged chimpanzee sitting with his back to the onlookers. The information sheet posted on the wall corrects the misnomer, but I doubt the man will read it. Sure enough, the pair strolls forward to look at the next ‘monkey,’ which is really an orangutan. 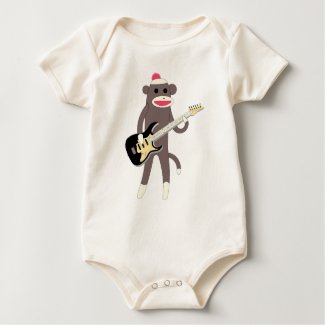 With more than 350 species of primates in the world, I suppose it is easy to get confused over who is who, and what is what. However, as a primate myself I have to wonder if our cousins are as disgusted as we are when we’re mistakenly called by the wrong name, or assumed—because of a resemblance—to be related to someone we dislike. Highly speculative.

But in the tradition of political correctness I will endeavor in this article to present a primate primer. I know that a baboon by any name will never smell very sweet, but something about knowing my gorillas from my gibbons puts everything in its proper place, and helps me feel as if the world has order.

What Makes a Primate?

Primates are mammals which share the following combination of traits: their hands and feet have five distinct digits; they have fingernails and an opposing thumb; they possess binocular vision with eyes positioned at the front of their faces; they have a generalized dental pattern; their shoulder joints are unusually flexible due to secure ball joints and strong collarbones; and they have a marked tendency toward erectness, or bipedalism.

Other than these basic commonalities, there is great variation within this order, and even scientists sometimes have difficulty classifying primates.

In general, primates can be divided into five divisions. Listed from the most primitive to the most complex, these divisions are: prosimians, monkeys, lesser apes, great apes, and humans. Assuming that you can easily identify members of your own genus, I will focus on the first four classes.

Prosimians are least likely to be identified as primates, and include about fifty species of lemurs, lorises and bushbabies of Africa and Asia. They are the smallest of the primate bunch—an adult pygmy mouse lemur would fit comfortably in your hand.

They have shorter arms than legs, with strong hindquarters good for leaping and clinging to tree trunks. Their noses are wet and snout-like, and they have a relatively good sense of smell, in comparison to the other primates.

Most species are nocturnal, with large, light-reflecting eyes.

The 200+ species of monkeys are classified as New World or Old World. New World monkeys are found in South or Central America, and include marmosets, tamarins, and capuchins, among other monkeys (squirrel, howler, and owl monkeys are some of the better known species.)

Old World monkeys inhabit Africa and Asia, and include baboons, macaques, and colobus monkeys. As a general rule, monkeys are smaller than apes, and they have prehensile tails.

They scurry from branch to branch on all four limbs, much like cats and dogs do. On the evolutionary line to humans, monkeys split off a long time before apes.

Gibbons are sometimes called “lesser apes.” While their skulls and teeth resemble those of the great apes and they lack tails, gibbons are smaller, are pair-bonded, and do not make nests. In these ways they are more like monkeys.

Gibbons dwell in trees and are known for their skill at brachiating, or swinging from branch to branch—sometimes at speeds up to 35 miles per hour. There are about twelve different species of gibbons.

Approximately fourteen species of great apes inhabit Africa and Asia, including gorillas, orangutans, bonobos, and chimpanzees. Apes are the largest of the primate family. A male gorilla can weigh up to 400 pounds and stand 5 ½ feet tall. They are broad-chested, and have arms that are longer than their legs.

Unlike gibbons and monkeys, the great apes live primarily on the ground, sleeping in individual nests. With a larger relative brain than other primates (except humans), ape groups lead complex social lives, create tools, use language, and solve problems.

Chimpanzees share 98% of DNA with humans, and are therefore frequently used in scientific experimentation, although this controversial practice is under increased scrutiny.

Except for humans, which are the most dominant and successful group of primates on earth, all other primate species face challenges in connection with their habitat loss. Diverse and unique, our primate relatives will continue to fascinate intrigue us.