New Brunswick veterinarians will soon no longer perform so-called cosmetic surgeries on animals, including docking the tails of dogs or cropping their ears to make them stand at point. 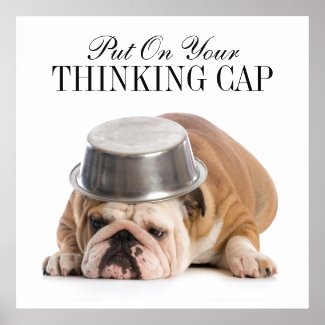 The New Brunswick Veterinary Medical Association passed a bylaw at its annual general meeting on the weekend that bans surgeries performed purely for cosmetic reasons.

The surgeries are typically requested by purebred dog owners who plan on showing their dogs.

“It’s now considered unprofessional conduct for a veterinarian in New Brunswick to perform cosmetic surgery on an animal,” said Jim Berry, a member of the association.

The ban will take effect in six months.

Cosmetic surgeries are defined as procedures with no medical or health benefit to an animal, including docking the tails of horses, cattle and dogs, ear cropping in dogs and declawing non-domestic cats.

“From a veterinary point of view, this really is a welfare issue and we can not justify cosmetic surgery from a welfare view because there really is no benefit to the animals,” said Berry.

Owners of domestic cats can still have their pets declawed because some owners will euthanize their animals if they can’t get the procedure, he said.

“It really comes down to declaw or the cat’s welfare is at stake,” he said.

The decision, which wasn’t unanimous, has already caused controversy.

Lori Carson, who breeds boxers, said she will take her animals to Nova Scotia once the ban is implemented.

There are medical reasons for the surgeries, said Carson.

“I breed boxers and … I’ve seen some with the long tails and they’re easily broken because they’re long and whippy,” she said.

Although many dog shows allow animals with natural ears, Carson said she prefers the look of cropped ears.

She also expressed concern that breeders might begin performing the surgeries themselves.

Certain breeds are more likely to have their ears docked, a surgery that is performed when the animals are puppies, including boxers, great danes, Doberman pincers, schnauzers and pit bull terriers.

In a statement, the Canadian Kennel Club said it was concerned with the New Brunswick decision because breeders will just go outside the province for the procedures.

“We also acknowledge and express concern that unskilled individuals may perform these surgeries and cause significant harm to their animals,” the club said.

Berry argued that altering an animal can cause some behavioural problems.

For example, cropping the ears of a puppy means the animal needs to stay away from other dogs for several weeks at a time in their life when they should be forming relationships, he said.

Berry said breed standards can change and that some shows in Europe don’t allow cropped ears.