Polygenic disorders are those caused by more than one pair of genes. 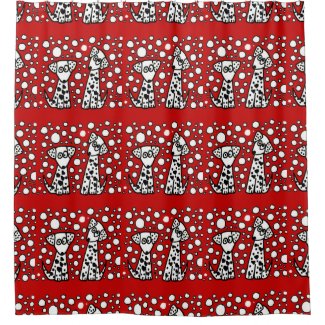 1) identifying traits that more closely represent genes being selected against

In polygenic disorders, the phenotype of the individual does not directly represent its genotype. If phenotypically normal parents produce affected offspring, both should be considered to carry a genetic load of liability genes that combined to cause the disorder.

Breeders must break down affected phenotypes into traits that more directly represent the genes that control them. For example, in hip dysplasia these include clinical signs of lameness, shallow hip sockets, subluxation or remodeling on an extended leg view, and radiographic distractibility on a PennHIP view.

If a quality individual is to be bred, but has shallow hip sockets, it should be bred to an individual with deep hip sockets. You need to select for enough genes influencing normal development, to get below the threshold where dysplasia develops.

Breeders should evaluate prospective breeding individuals raised under fairly uniform conditions, which will not mask or alter the expression of genetic disease.

Polygenic disorders require knowledge of the affected or normal status of full-siblings to prospective breeding animals. Individuals whose siblings are normal and whose parents’ sibs are normal have the greatest chance of carrying a low genetic load for the condition.

This breadth of pedigree analysis is more important than normalcy in the depth of pedigree (parents and grandparents only.) This is why it is important to screen both pet and breeding animals from litters for polygenic disorders, and report the results in open health registries, such as the not-for profit Orthopedic Foundation for Animals (OFA) .

Affected individuals can be replaced with a normal sib or parent, and bred to a low-liability mate. Breeders can replace the higher risk parent with a quality, lower risk offspring, and repeat the process. In addition, the offspring of breeding dogs should be monitored to see which are passing the disorder with higher frequency.