It was near Soda Butte in 1924 that the last Yellowstone gray wolves — two pups — were killed by rangers. Wolves remained starkly absent from the landscape until 1995, when the first experimental packs of gray wolves (Canis lupus) were brought from western Canada to the Lamar Valley to repopulate Yellowstone and restore a natural balance to the Park’s wildlife. 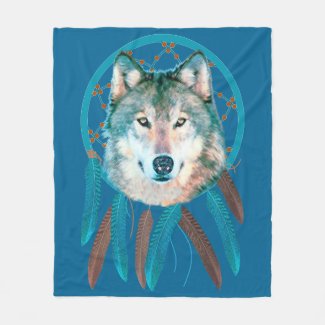 For 71 years, with no year-round predator to control them, the Park’s elk herds had grown bloated and complacent, threatening to overgraze the land’s willow and aspen shoots. But since the reintroduction of wolves, their grazing patterns have changed and the elk have become wary and more dispersed — as they ought to be.

The gray wolf is a keystone species

The reintroduction of the gray wolf — what ecologists call a “keystone species” — to Yellowstone has been a resounding success. The wolves thrived on the Park’s abundant elk and moose along with weakened or winter-killed bison. They reproduced quickly, formed new packs and fiercely defended their territories. So, it did not take long before the wolves got into trouble. 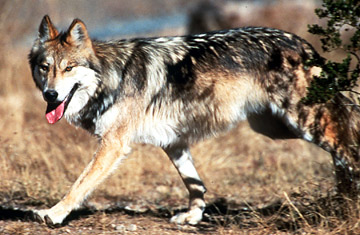 They wandered, inevitably, past the protective boundaries of the Park and out onto ranchland in the surrounding states of Montana, Wyoming and Idaho, where they were shot for preying on sheep and cattle. But these were isolated cases — the wolf retained most of the legal status of endangered species, protected from all but official “management” killing — and they did not go unpunished.

In 1995, a trigger-happy gunman who killed a wandering Yellowstone wolf wearing a radio-tracking collar was convicted in federal court and sentenced to six months in jail, a $10,000 fine and a year of probation.

Still, the gray wolf’s triumphant return to Yellowstone may be its undoing.

The 66 wolves brought to Yellowstone and the Central Idaho wilderness in 1995 and 1996 have grown to about 1,300. At the request of the state legislatures in Wyoming and Idaho — lobbied heavily by organized shooting-sports interests — the U.S. Fish & Wildlife Service (USF&WS) is about to remove the Yellowstone-area wolf from the federal Endangered Species list and allow the states to manage them.

Known as the 10(j) rule, a special exemption to the Endangered Species Act allows government agencies extra leeway in controlling “experimental populations” like the gray wolf; in short, the government is allowed to kill them.

Both Wyoming and Idaho expect USF&WS to lift wolf protection early next year.

Then it will be open season for many eager shooters, including Idaho’s governor, C.L. “Butch” Otter, who told a rally of petitioning sportsmen in Boise earlier this year, “I’m prepared to bid for that first ticket to shoot a wolf myself.” Idaho’s official stance is to allow the killing of all wolves over and above the statutory minimum number of breeding pairs: 100 of the approximately 673 wolves in the state.

Until they’re delisted, federal and state wildlife officers can go after wolves only when they kill livestock. A few besieged ranchers in wolf habitat are also given shoot-on-sight authority to protect their flocks and herds. In Montana, more than 50 wolves have been killed so far this year, often from government helicopters and airplanes.

The debate over delisting is a noisy one. Wildlife advocates are fighting state shooting and trapping plans: in Wyoming courts, they have opposed the state petition to delist and locally manage wolves outside national parks, saying there’s no science to support delisting.

There are plenty of elk in the Northern Rockies

There are close to 300,000 elk in the Northern Rockies, according to the Natural Resources Defense Council (NRDC) — well above state objectives in Wyoming, Idaho and Montana — and only 1,300 wolves. If you’re seeing fewer elk, it’s because they’re warier these days and harder to hunt.

Meanwhile, ranchers, daunted by the threat of wolves preying on their livestock, are hoping for better protection. To affected ranchers, wolves present a very real menace to their economic and psychic survival, despite the fact that the wildlife advocacy group Defenders of Wildlife reimburses ranchers for all proven wolf kills of lambs and calves. (Reimbursement will end if the wolf is officially taken off the Endangered Species list.)

And, finally, there is the large faction of sportsmen who can’t wait to begin shooting wolves in Wyoming and Idaho. There, the wolves, once delisted, will sink to the lowly status of varmints and predators — like coyotes, skunks and gophers — which hunters may shoot for sport.

Wolf advocates have moved their case beyond cowboy country to the rest of the nation.

Early this month, the NRDC Action Fund began running national TV advertisements dramatizing the threat to wolves by aerial hunting. The ad seeks to rally outraged viewers to write to the government by October 11, when the window for public comment on the federal delisting proposal closes.

So far, more than 78,000 people have written in opposing the 10(j) rule in direct response to the ads, says Craig Noble of the NRDC Action Fund — in addition to the 130,000 letters from supporters in July, and another 136,500 comments against the delisting plan sent in April.

Back in the Lamar Valley, wildlife watchers congregate for last daylight, then stream away in a long parade of headlights. Two hours after sunset, Druid Peak slowly assumes a halo of pale light as the moon rises behind it.

The night is silent except for the gentle rippling of the river. Then, as the moon tops the peak, the cry of a wolf floats out. Not a wild howl, but one short melodic measure of high notes, an eerily exotic sound. Inside the park, the wolves can still sing. But outside, it might prove to be a death song.