Red wolf release is a success

Two red wolf pups released into a wild wolf den earlier this year, have been confirmed to be alive and well. 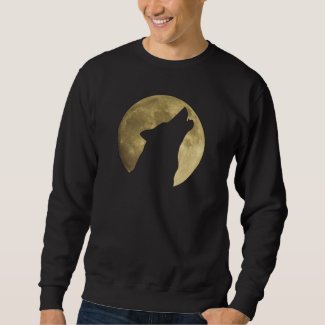 The U.S. Fish and Wildlife Service is proud to announce initial success in an attempt to foster captive–born red wolf pups into the wild. Two pups inserted into a wild wolf den earlier this year, have been confirmed to be alive and well. This success marks new potential for fostering as an effective tool in red wolf recovery.

In May of this year, the North Carolina Zoological Park donated two red wolf pups to the U.S. Fish and Wildlife Service Red Wolf Recovery Program to help foster the captive-born pups into the world’s only wild red wolf population. The two-week-old siblings, one male and one female, were transferred to the Alligator River National Wildlife Refuge, and later inserted into the den of a wild wolf female.

The adult female, who was already raising two wild pups, accepted the two zoo-pups as her own, and went about the daily business of raising a litter of four pups of similar age. Throughout the summer, red wolf biologists monitored the pack from a distance using radio telemetry. However, the pups were routinely well hidden in thick vegetation, and attempts to confirm their status visually were unsuccessful.

Recently, all four pups of this litter were not only seen, but captured, and found to be in excellent health.

Now seven months old, the pups are large enough to be fitted with radio-telemetry collars.

Finally, after much effort and anticipation, the female zoo-pup was captured on December 15, 2002, weighing 44 pounds. Each pup was given a physical exam and vaccinations against parvo-virus, distemper and rabies. Each was also fitted with a radio collar and released back into the wild. All four pups returned to their original territory and rejoined their family group.

Fostering has been a successful practice within the red wolf captive-breeding program, but this marks the first time zoo-born red wolves have been placed into the wild at a very young age. To date, all red wolves released into the wild have been young adult wolves, often coming from island propagation sites in South Carolina and Florida. 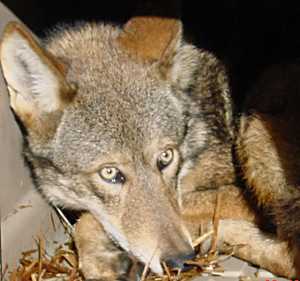 The ability to foster captive–born red wolves into the wild population holds many positive implications for the recovery of endangered red wolves.

Fostering offers a unique and exciting way to release captive-born wolves into the wild. It also enhances the genetic diversity of the wild red wolf population.

Fostering pups at a very young age increases their overall chance of survival, because it allows the pups to be raised by a wild mother.

This zoo, and 36 others who also participate in the Species Survival Plan, provide housing, care and breeding expertise for captive red wolves. Bud Fazio, Team Leader for the Red Wolf Recovery Program praises their work.

“We work hard to restore red wolves back into the wild. Participants in the Captive Breeding Program are vital to red wolf recovery.

We thank our SSP cooperators for maintaining the red wolf population long enough for us to develop and implement an effective plan to restore red wolves to the wild, where they can live out their lives wild and free.”

In the past one hundred years, America’s National Wildlife Refuge System has protected hundreds of wild species, including our national symbol, the bald eagle.

As the National Wildlife Refuge System enters its second century, it comprises nearly 100 million acres, protected within more than 535 refuges and thousands of small prairie wetlands.

Many refuges also offer opportunities for nature hikes, bird tours, wildlife drives and other activities. There are wildlife refuges in every state, and at least one within an hour’s drive of most major cities.

The U.S. Fish and Wildlife Service is the principal Federal agency responsible for conserving, protecting and enhancing fish, wildlife and plants and their habitats for the continuing benefit of the American people.

It also oversees the Federal Aid program that distributes hundreds of millions of dollars in excise taxes on fishing and hunting equipment to state fish and wildlife agencies.