Historically, the Mexican wolf was found throughout the mountainous regions from central Mexico through southeastern Arizona, southern New Mexico, and southwestern Texas.

Mexican wolves typically weigh 60 to 80 pounds and measure about 5 1/2 feet from nose to tail (about the size of an adult German shepherd). They have a distinctive, richly colored coat of buff, gray, rust and black.

Like other wolves, Mexican wolves have a complex social structure and live in extended family groups, consisting of an adult mated pair and their offspring. Wolves hunt cooperatively to bring down prey animals usually much larger than themselves. Native prey for Mexican wolves includes white-tailed deer, mule deer and elk. 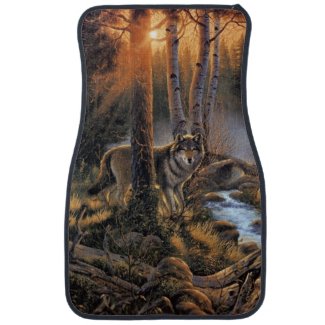 Released wolves and their progeny have been designated a nonessential experimental population under a special provision of the Endangered Species Act. These wolves are allowed to disperse into and colonize the entire Apache National Forest and adjacent Gila National Forest in western New Mexico – an area of about 7,000 square miles. 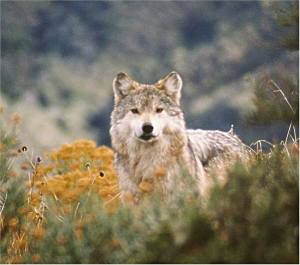 Mexican wolves are the smallest subspecies of North American gray wolves. They are also the most endangered. Commonly referred to as “El lobo,” the Mexican wolf is gray with light brown fur on its back. It has long legs and a sleek body to help it run fast.

An adult Mexican wolf typically weighs 60 to 80 pounds, measures 26 to 32 inches tall from the shoulder and ranges from four-and-a-half to five-and-a-half feet long.

Mexican wolves are known to reach 15 years of age in captivity. 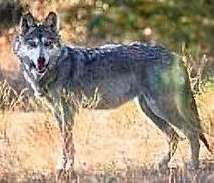 Mexican wolves prey on white-tailed deer, mule deer and elk but are also known to eat smaller mammals such as rabbits, ground squirrels and mice.

Wolves are very social animals. They live in packs, which are complex social structures that include the breeding adult pair (the alpha male and female) and their offspring. A hierarchy of dominant and subordinate animals within the pack help it to work as a unit. 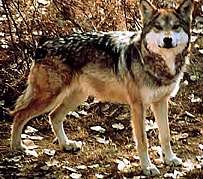 Wolves mate between mid-February and mid-March. Gestation is roughly two months long, and wolf pups are born in April or May. Two to eight pups are born every year. The average litter is between four and seven pups.

Humans and habitat destruction are the only major threats to wolves.