Any trait or disorder that has a hereditary component is called genetic. Congenital disorders are those present at birth. Some congenital disorders are hereditary, and others are not. Those occurring spontaneously may be caused by environmental exposures to infections, or compounds such as drugs or toxins. Genetic disorders will sometimes only be evident much later in life, even though the genetic coding for the disorder is present at birth. 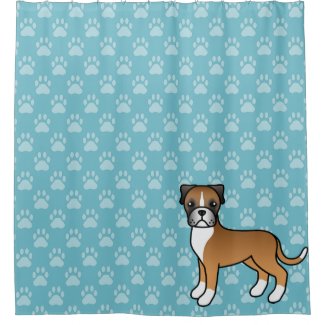 The age of onset of a trait or disorder does not differentiate whether it is genetic or environmental. Some disorders can be caused by either a genetic or acquired (phenocopy) origin, and need to be differentiated in order to determine if genetic counseling is warranted.

For example, the neurological incoordination disorder, cerebellar hypoplasia, in cats can be a hereditary disease, but can also be caused by in-utero infection with feline panleukopenia virus.

As our understanding of genetic mechanisms evolves, we are finding out that a lot more disorders have genetic influences than previously thought.

The inheritance of genes that cause liability or susceptibility to disease can present as breed predispositions. Identifying specific, testable genes for these disorders will be helpful in their control.

Dogs have 38 pairs of autosomal chromosomes, and cats have 18 pairs. One gene in each gene pair comes from the father and the other from the mother. If the two genes in a pair are identical, they are referred to as homozygous, and if they are different, they are called heterozygous. The location of a gene on the chromosome is called its locus, and each gene in a gene pair is called an allele.

The interaction of the two alleles determines the expression of the gene. The type of gene combinations for a particular locus (i.e. AA, Aa or aa) is the genotype.

A dominant gene (only requiring one copy in the pair) is always expressed, while a recessive gene requires a homozygous pair for expression. When two heterozygous carriers of a recessive gene are bred together, on average you can expect 25% affected, 50% carrier, and 25% normal offspring. The actual observed percentages within litters will vary.

Many dominant traits are homozygous lethal during fetal development; such as Chinese Crested dogs homozygous for the hairless gene (HH), the gene for polycystic kidney disease in Persian and related cat breeds, and the Manx gene (MM) in cats.

Co-dominance or incomplete dominance is when heterozygous alleles show an intermediate phenotype. An example is a bi-colored cat (Ss) as an intermediate between that seen with homozygous solid color (SS) and the recessive van pattern (a white cat with color only on its tail and the top of the head) seen with the homozygous ss genotype.

The merle color pattern in dogs is also an example. Most merle dogs have the Mm genotype, with mm producing normal coloration. Double dominant MM merle dogs are mostly white, and can be born blind, deaf, or with other severe abnormalities.

Sex-linked (also referred to as X-linked) disorders are controlled by genes on the X-chromosome. As males have only one X chromosome, a single defective gene on it will cause a genetic defect.

There are instances when gene expression does not produce the expected phenotype. When an individual has the genotype for a trait or disorder, but does not phenotypically express it, this is referred to as incomplete penetrance. This is an all or none phenomenon; you either show the trait or not. The easiest way to remember this concept is that the genotype does not penetrate into the phenotype.

If an individual has a certain trait or disorder, but it differs in its severity, age of onset, progression, or form, it is referred to as variable expressivity. With this process, all genotypically affected individuals show some aspect of the trait.

Similar genetic conditions can have different genetic causes between breeds, or even within the same breed. If a genetic trait or disorder can be caused by different genes, they are called genocopies.

In this case, direct genetic tests (of the genotype) in one breed will not work in other breeds. We know that many forms of progressive retinal atrophy (PRA) are genocopies, and expect this to be the case with many other disorders, such as epilepsy and cardiomyopathy.

Some breed-related genetic disorders can be related to a sub-population or breed gene pool in a specific country. For this reason, much of the information presented in the breed chapters relates to the breed in the United States in general and may not be applicable to all breed populations worldwide, or possibly all lines within the breed.