A python’s eyes were apparently bigger than its stomach. Scientists in Florida are puzzling over a 13 ft Burmese python that scarfed down a six-foot alligator before its stomach ruptured. They found the carcasses in an isolated part of Florida’s Everglades National Park. Photos show the gator’s hind legs and tail sticking out of the 13-foot snake’s ruptured gut.

The Miami Herald reported that scientists can’t figure out how the snake got the critter down. The snake’s head is also missing.

Experts say the clash is interesting, but it also shows the exotic snakes are competing with gators to top the food chain in the Everglades. 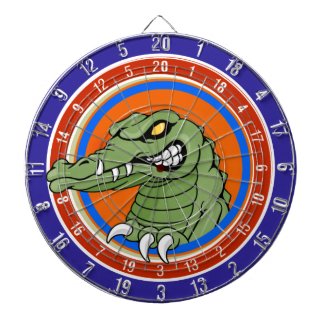