Red wolves are the most endangered wolf species in the world.

Red wolves have several coat colors including black, brown, gray and yellow. The reddish coats for which they are named was typical of some Texan populations.

Once hunted to the brink of extinction, in 1980 fewer than 20 wolves were rounded up by the U.S. Fish and Wildlife Service to be bred in captivity. The wolves were officially declared extinct in the wild. By 1987, enough animals had been bred to begin a reintroduction program. Thanks to these programs, there are currently 70 to 80 red wolves in the wild.

The red wolf was once found throughout the southeastern United States, from the Atlantic coast to central Texas and from the Gulf Coast to central Missouri and southern Illinois. 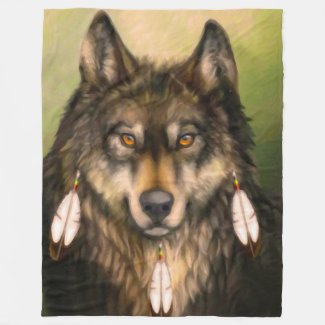 Between the period of 19OO to 192O, red wolves were extirpated from most of the eastern portion of their range. A small number persisted in the wild in southeastern Texas and southwestern Louisiana until the late 197Os. By 198O, the species was determined to be extinct in the wild.

The present red wolf population of at least 249 to 280 animals exists primarily in captivity. About two hundred (2OO) animals are located in 22 captive breeding facilities in the United States.

The U.S. Fish and Wildlife Service has a major captive breeding project at Graham, Washington. This project is administered by contract with the Point Defiance Zoo in Tacoma, Washington.

It is estimated that red wolves live four years in the wild and up to 14 years in captivity.

Historically, the Canis rufus species ranged throughout the southeastern United States from Pennsylvania to Florida and as far west as Texas.

The last red wolves were found in coastal prairie and marsh habitat because this was the last area in which the animals were allowed to remain. Any habitat area in the southeastern United States of sufficient size, which provides adequate food, water, and the basic cover requirement of heavy vegetation, should be suitable habitat for the red wolf.

The red wolf’s diet consists primarily of small mammals such as rabbits and rodents but also includes insects, berries and occasionally deer.

It is thought that red wolves mate for life. Breeding occurs in February and March, and pups are born in April and May. The average litter size is about 4.6 young. Our experiences, to date, indicate that without veterinary care, pup mortality in the wild may be significant.

Dens found excavated in the coastal plain region of Texas and Louisiana averaged about 8 feet in length and had an entrance diameter of about 2 to 2.5 feet. Two dens have been documented during reintroductions. One was beneath a rock outcrop, and the other was under hay bales in a barn.

Evidence suggests that the pups spend more time in beds located in areas of good cover than in the den, especially after they are 6 weeks of age.

Both males and females take part in rearing the young. Frequently, young of the previous year have been found in the vicinity of dens, but they do not appear to participate in the guarding, feeding, or training of the pups.

Red wolves apparently exist as small family units (packs) of an adult pair and their young. The offspring disperse at about 6 months of age.

Threats to the red wolf include habitat loss because of human development and illegal hunting.