The Gentle Giant and the Ghost

In Part 2 of The Gentle Giant, we finish the story of Blizzard’s birth and find out how Blizzard got a new name… 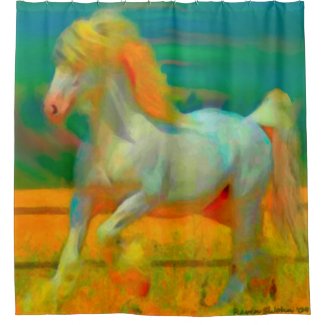 Dried mud filled the cracks between the logs. The floor was hard packed dirt, but it was dry inside. There were no windows, just a doorway in front wide enough to push a wheel barrow through easily. The door was also long gone. A packrat I named Henry lived in there, but I wasn’t afraid of him. He was my friend.

He liked apples, and if you wadded up the silver liner from gum wrappers and threw them on the floor not too close to you, he would gather them up and carry them off. He liked shiny things. Since I spent a lot of time in there, I knew Old Guerney also liked to hang out in there, especially when the weather or the flys were bad. So that’s where I was headed.

I had no doubt at all that Guerney would be there. And she was. But she wasn’t alone when I got there. Her baby had popped out of her. “They come out just like a cork,” Granddad said later when I asked how they got out. At first I was scared to get too close because Granddad always said, “Don’t get too close to em, now. They don’t like you messing with their babies,” when I’d try to catch the calves so I could pet them.

I wasn’t sure about horses, but I suspected this might be true with them, too. Guerney was acting kind of funny. She was breathing real hard and wasn’t paying too much attention to her baby, or to me. Her head was hanging down and there were icicles in her whiskers. She looked sorta sick.

Worried, I inched a little closer, still not sure about Geurney and my welcome, but I really wanted to pet that colt. “Baby horses sure are cute,” I thought to myself. He was all white, like the snow, and his nose was pink but his lips were black. He was all wet. I thought he might catch a cold.

Then Guerney laid down and I thought it would be okay now. Lots of times in the field when she was laying down, I climbed on her back and she never cared. When I first tried to pet the colt, he tried to run away from me, but he couldn’t walk very well, yet, and he fell down.

I went up and petted him and he made friends with me and got over being scared.

When he nuzzled my face, his whiskers tickled me and made me laugh. He tried to suck on my nose. I giggled and he shied away. But he soon came back. I took off my gloves and used them to dry him off the best I could. He grabbed my finger and tried to suck on it.

I laughed even harder. I was having a great time with my new friend. It was already the middle of the night when I got Granddad up to take me to the outhouse, and now it was even later. I was beginning to get tired. The colt and I laid down together. Just before I fell asleep, Guerney started groaning.

I looked over and saw what sort of looked like another colt’s head under her tail, but it didn’t look quite right. It was only a head, I couldn’t see a body. The head was covered with some shiny stuff that sparkled in the moonlight. I thought it was a ghost and it scared me for a minute. But then I fell asleep, warmly snuggled against the body heat of my new friend. Guerney’s body blocked off the wind from the doorway. The next thing I remember, it was daylight again and the doorway was filled almost to the top with snow. I heard Granddad swearing like a drunken sailor, then his head poked through the top of the snow.

He looked around, then stopped swearing and a big grin spread across his face when he saw us.

I told him about the ghost I saw during the night. Granddad laughed out loud and said, “Look behind you, honey.” When I did and saw what he meant, a big grin spread on my face, too: There were two of them–we named them Blizzard and Ghost. (To be continued…) 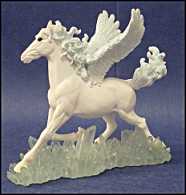