There is no doubt about it; the media has great influence over pet popularity, particularly those of the canine persuasion. In itself, this isn’t a terrible thing, but when it comes to choosing a pet for your family, Hollywood can spell disaster!

No actor wants to share the stage with a dog, for he will undoubtedly be upstaged. It’s all but impossible to watch a dog movie without falling head over heels into puppy love. Consider Mom, the warm-hearted Border Collie from the 1995 blockbuster Babe. 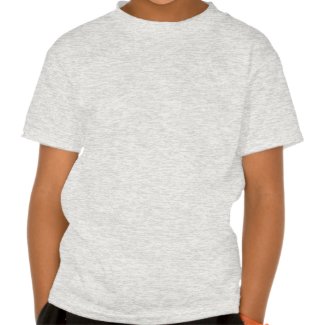 There was nary a dry eye in the theater as she watched her pups sold. Disney’s 101 Dalmations left an audience crying (as Cruella), “I want those puppies!”

Even television commercials tug at our heart-strings. Dinky started a Chihuahua craze the world over as the spokes-dog for Taco Bell, while Spuds Mackenzie ushered in a new generation of Budweiser Beer drinkers.

Just imagine a couple going to a movie featuring a cute child. On screen the child is humorous, attractive, and clever. It never gets into trouble, except when it is funny.

Imagine the couple falling in love with this on-screen child, going so far as deciding to have a baby of their own, without taking any of the complications of child-rearing into consideration. They don’t expect to have any troubles with their child—they naturally expect it to resemble the child from the movie.

Now imagine that same couple six months after their baby is born. They are now trying to find a family to adopt their child. It takes up too much room, and they can’t leave it home by itself while they work all day.

They had no idea how much money it cost to feed and diaper it, not to mention the doctor bills! The baby demands too much attention, and over all, they can’t take anymore crying.

This same scenario happens over and over again every time Hollywood releases a dog movie. Don’t get me wrong, I love a good dog movie as much as the next canine enthusiast, but there are good reasons this is one of the four worst reasons for getting a dog.

The next time you think about bringing home Rin-tin-tin remember: Dogs are great stars, and often several dogs share one role. Nine different dogs have played the part of Lassie since it first premiered in 1943. These dogs are trained by experts for years before they are accepted on the set.

Special tricks and effects can give animals human-like qualities.

But real pets are only too…real, and individuals end up disappointed when the pet they purchased doesn’t behave like their screen counterpart. Disappointment quickly turns to annoyance and sometimes can even become abuse.

Besides expert training, many Hollywood dogs require extensive care. Frequently films will feature rare and exotic breeds that are difficult to care for. Take our little talking tacquito friend. Chihuahuas, while smart and affectionate, need careful socialization to keep them from becoming suspicious of strangers, jealous, and even aggressive!

Their tiny frames, while adorable, make them vulnerable to injuries. All of these traits make Chihuahuas an unsuitable companion for small children, but these aren’t traits generally advertised on Taco Bell’s commercials. However they should definitely be taken into consideration before bringing home Taco’s twin.

At times Hollywood has actually created a breed boom with a movie. Unfortunately this instant popularity can attract the wrong crowd. There are irresponsible breeders out there who are more interested in making money than careful breeding.

Their negligence can result in animals of poor health, bad temperament, and inferior structure. Sadly these breeders are everywhere. It may take a little research to buy a purebred, something impulse buyers, like those influenced by the latest Hollywood trend are unlikely to do.

What happens to these pooches when people become bored or disillusioned with them? Too often yesterday’s fads become a burden on shelters and rescue groups struggling to place forsaken pets.

Roughly 60% of animals in shelters are eventually euthanized. So, before you go looking for that Lassie look-alike, remember that choosing a pet is a lifestyle choice, not a fashion statement.

Think through your decision, realizing that dogs require time, money, and a lifetime commitment. (Most dogs live between 10 and 15 years.)

If your child has her heart set on Pongo’s stunt double, consider buying her the DVD, or better yet, a stuffed animal. And if you do decide to get a dog, make sure you read up on its breed, spend time with it, talk to real dog owners, and set realistic expectations for yourself and your new pet.

There’s a reason dogs are known as man’s best friend. But as with people, choose your friends with care!